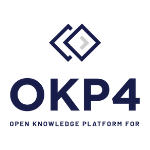 While OKP4 is beginning to deploy its first use cases in France, particularly in agriculture and logistics, the company is now opening a German subsidiary in Munich. This is an opportunity for the company, specialized in the creation and animation of Data Spaces, to take on a European dimension that can be very essential when it comes to data issues.

OKP4 has officially launched its German subsidiary in Munich at the beginning of October 2021, in collaboration with SCE Space Cooperative Europe, founding member of aNewGovernance. OKP4 GmbH, the new subsidiary of the young Toulouse-based company, will be able to deploy OKP4’s Data Spaces offerings on the German market, particularly in agriculture and industry.

The creation of this subsidiary was also an opportunity for OKP4 GmbH to welcome Onecub, another founding member of aNewGovernance, into its capital for their expertise in digital identity management and consent management.

OKP4’s goals in Germany are clear: to establish Data Spaces projects within German organizations, but more importantly, to reinforce OKP4’s position as a reference in Europe about governance and Data Spaces management for organizations.

Emmanuel MONDON and Markus HAUSER of SCE seized this opportunity to organize a real learning expedition with interesting meetings such as: Invest in Bavaria (the development agency of the state of Bavaria), The Bayerischer Bauernverband (the Bavarian Farmers’ Union), and innovation consulting structures such as ARTTIC or EURA AG.

The founders of OKP4 GmbH also met with the heads of the TUM World Agricultural Systems Center (Hans Eisenmann-Forum for Agricultural Sciences) to discuss agricultural data sharing ecosystems and to consider academic collaborations in the context of European innovation projects (Eurostars 3 and Horizon Europe).

The European network of actors working on Data Spaces continues to grow and shows a growing dynamic with even more collaborations and more partnerships. Data Spaces are the future!

About OKP4
OKP4 is a start-up that develops Data Spaces which are digital commons infrastructures for sharing data. OKP4 creates the optimal conditions for sharing (not exchanging) data and turning it into knowledge by implementing a system for measuring contributions and organizing their remuneration.
More information on: okp4.com

You have Successfully Subscribed!